This book was a good match, mirroring so completely on my own inner restlessness 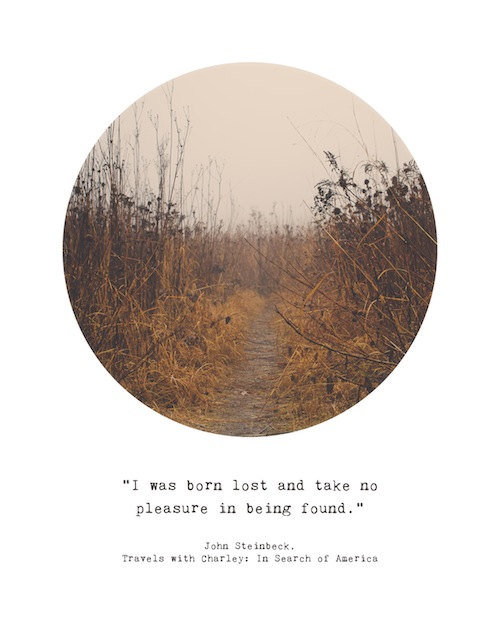 It is 1960 and the author John Steinbeck sets off with his French Poodle, Charley “In Search of America”. 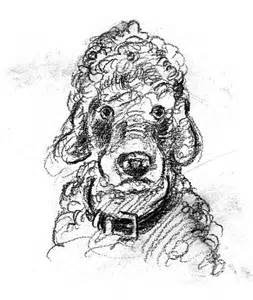 And its Charley who also directs travel operations making a sort of funny “Ftt” sound between his crooked teeth at fairly regular intervals – to request a pit stop.   They slip into a happy routine – Charley then hops out to “anoint” a passing bush or unsuspecting tree  – Steinbeck gets to be  curious and poke around for anything interesting happening in the area.

And the silence in between and on the road, gives curious room for creativity of thought, for observations on nature and people and on the connections between the two, of time and the passing seasons  and I really like what he has to say. 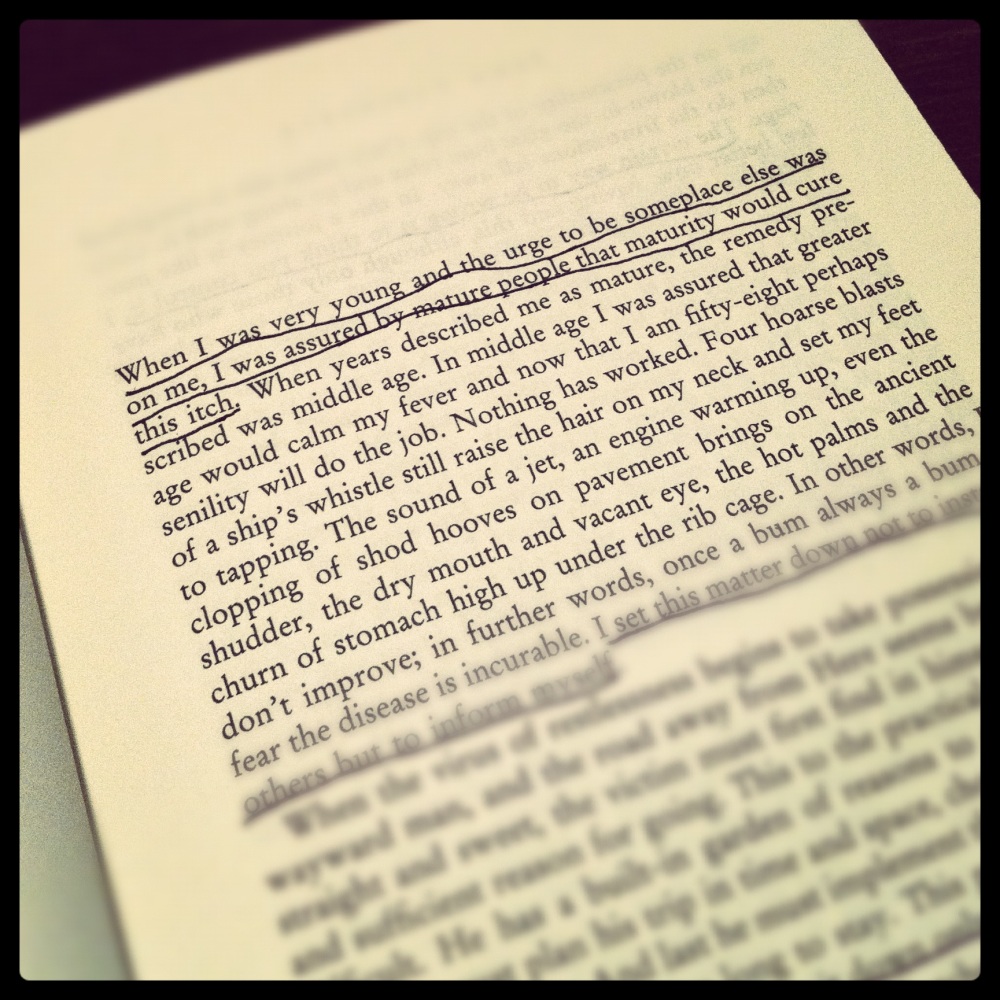 “During the weeks of preparation he was underfoot the whole time and made a damned nuisance of himself. He took to hiding in the truck, creeping in and trying to make himself look small.”

Later, Steinbeck writes this on their travelling life:

“Charley likes to get up early, and he likes me to get up early, too. And why shouldn’t he? Right after his breakfast he goes back to sleep. Over the years he has developed a number of innocent-appearing ways to get me up. He can shake himself and his collar loud enough to wake the dead. If that doesn’t work he gets a sneezing fit. But perhaps his most irritating method is to sit quietly beside the bed and stare into my face with a sweet and forgiving look on his face; I come out of deep sleep with the feeling of being looked at. But I have learned to keep my eyes tight shut. If I even blink he sneezes and stretches, and that night’s sleep is over for me. Often the war of wills goes on for quite a time, I squinching my eyes shut and he forgiving me, but he nearly always wins. He likes traveling so much he wanted to get started early, and early for Charley is the first tempering of darkness with the dawn.”

So Charley gets bitten by the travelling bug too –  Man You Gotta Go  – whispers poet Thom Gunn over and over in my ear as I read of their adventures on the road.

And I am not alone in this inner restlessness – almost everyone who meets Steinbeck whispers out loud to him:

Lord, I wish I could go with you!”

Read it for the kind of grown up writing that can make your heart sing in full on ruddy clarity. 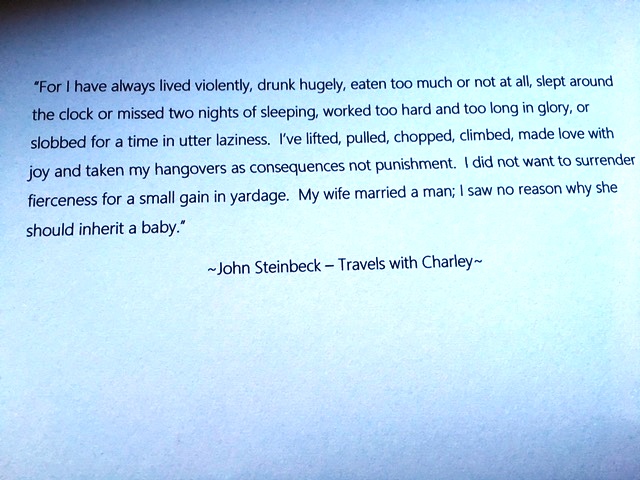 For Steinbeck had been rocked by serious illness the previous year and had observed other men recovering from such illness:

“begin to pack their lives in cotton wool, smother their impulses, hood their passions and gradually retire from manhood into a kind of spiritual and physical semi – invalidism…a kind of second childhood falls on so many men…they trade their violence for the promise of a small increase in life span…”

and he had no intention of following suit.

He is brutal in his comments.

Read it for clarity of writing and connection with nature

Read it for comment and observation on humanity on sadness:

“A sad soul can kill you quicker, far quicker than a germ”

Read it for a joyous random connection with life on the road.

How many of us recognise the pull to travel, drift down the endless river  but ever give up our lives and go?

Read this book quickly, voraciously, fully and then write and tell me what you know, share how the book moved you and made you feel, I’d love to know.